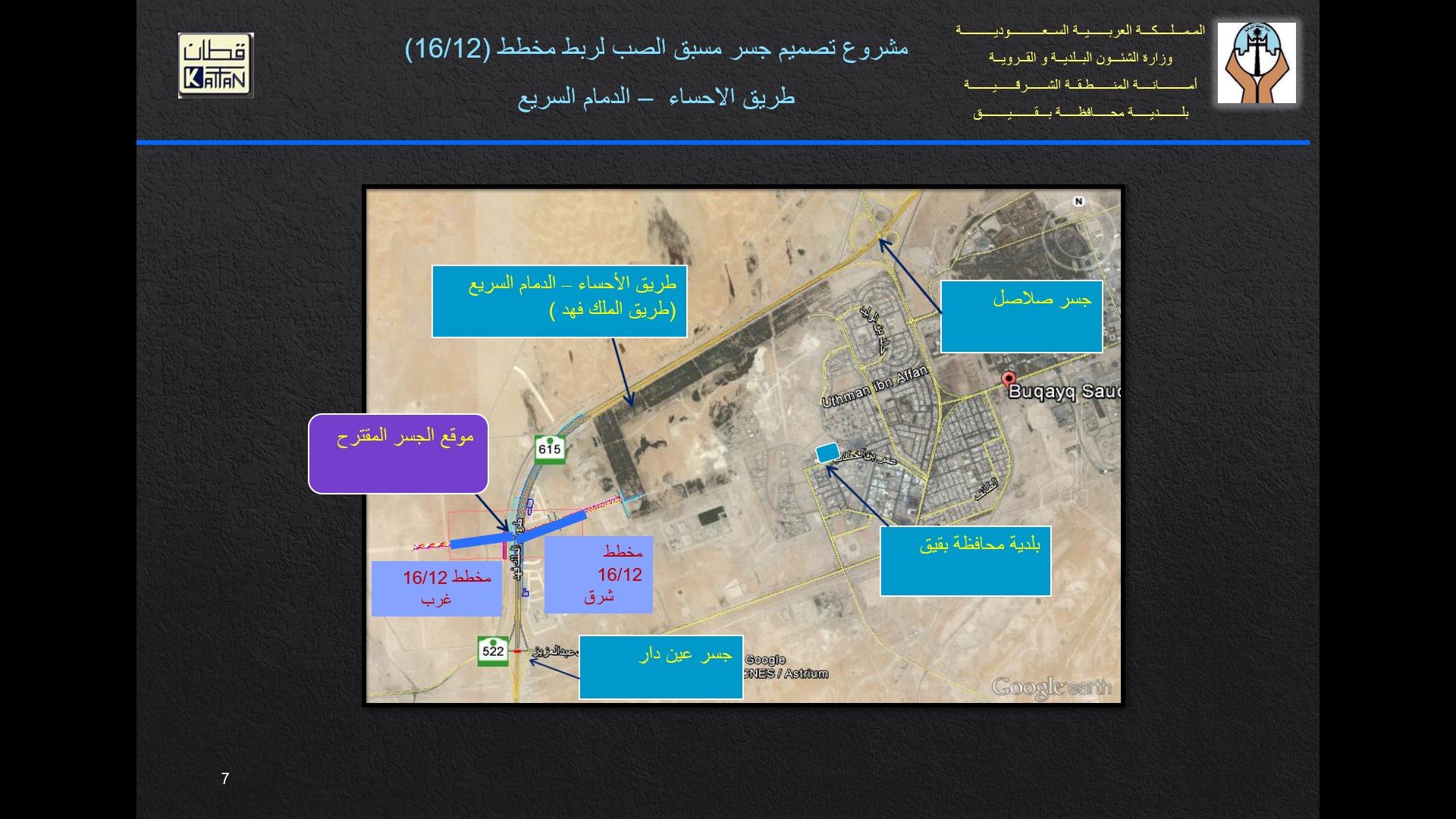 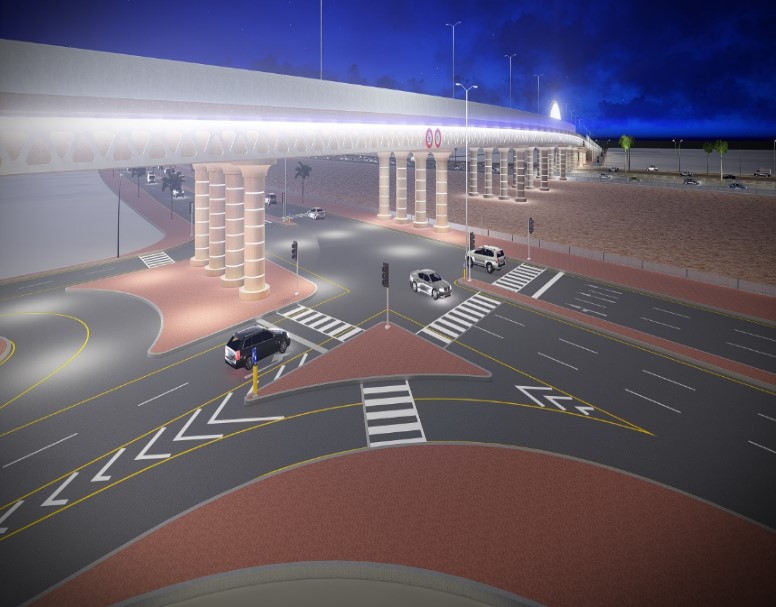 Located on (Al-Ahsa - Dammam) highway in Abqaiq province to connect the plan (16/12) through two streets of (40 m) width located within the plan, east and west of (Al-Ahsa - Dammam) highway. The bridge passes over (Al-Ahsa-Dammam) highway with a width of (84 m), a desalination pipeline and a high-pressure electricity line with a width of (100 m), which is located west of the highway. It also passes over a 40m wide street parallel to and adjacent to the water and electricity line.