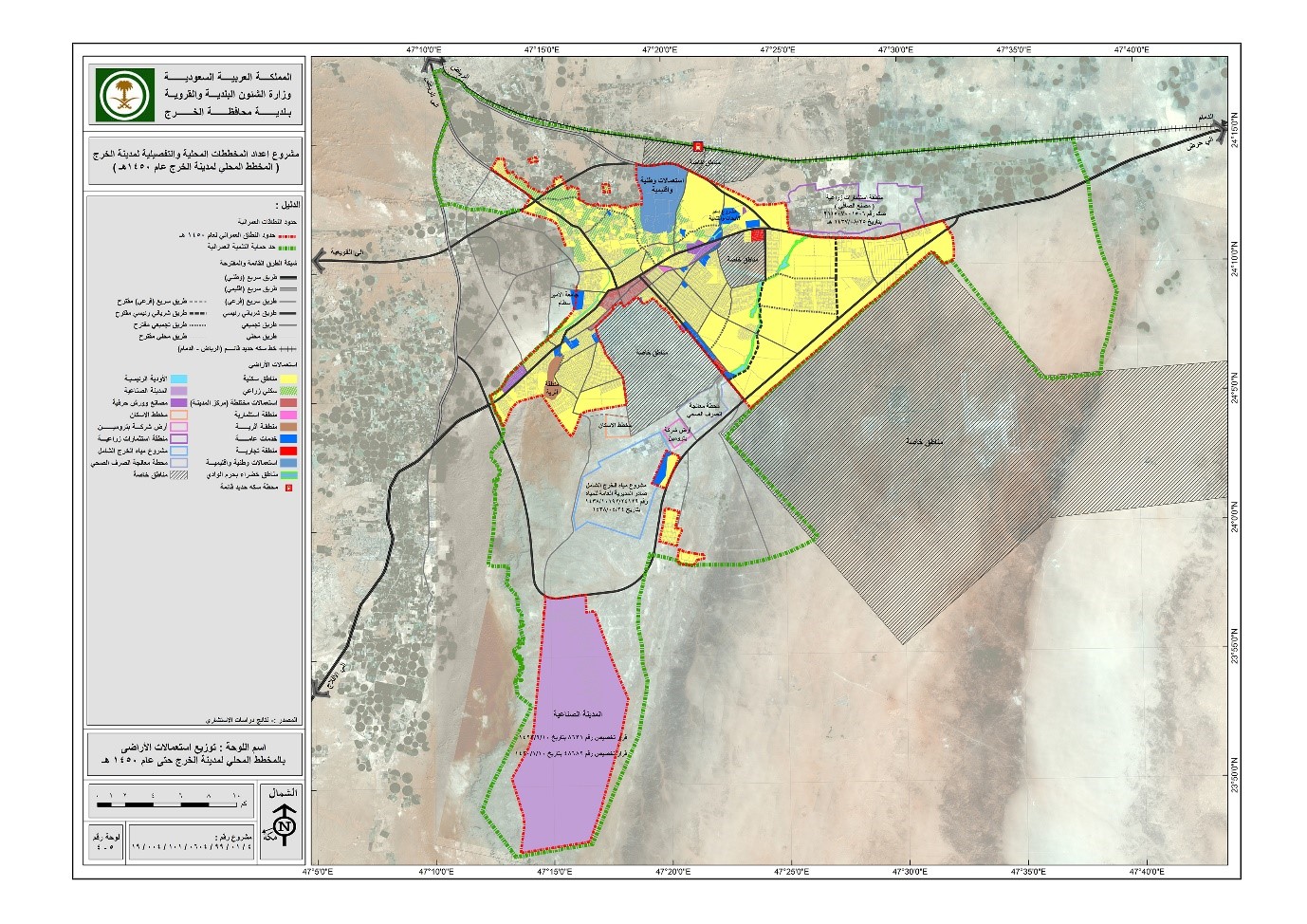 Al-Kharj city is considered one of the most important cities in Riyadh region, where it is characterized by rapid urbanization and population growth due to its proximity to the city of Riyadh (the national capital of the Kingdom), in addition to the settlement of several large investment projects, the city includes a variety of economic activities (commercial activities, agricultural services and local light industries and governmental jobs). One of the most important tasks of the project (preparation of local and detailed plans for Al-Kharj city) is the preparation of (the proposed local plan for Al-Kharj city until 1450 H), which aims to address the important issues of the city and develop general frameworks for its solution, as well as dealing with and developing appropriate solutions to the problems of building regulations and everything related to urban controls in the city. So, a third technical report entitled (Local Plan for Al-Kharj City for the year 1450 H) was prepared

whose most important contents can be refined as follows:

The local plan for Al-Kharj city until 1450 H and its building conditions, regulations and controls document were approved by the Ministry of Municipal and Rural Affairs (Detailed Planning Department) by resolution No. 34038 on 21/07/1438 H.